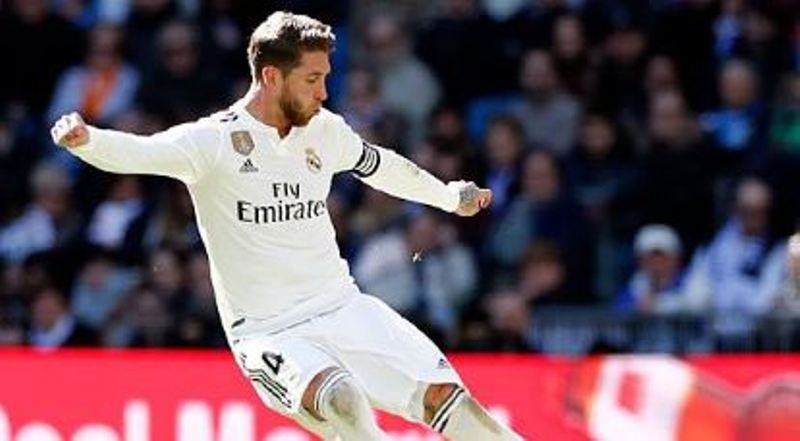 The captain moves into fifth place on Real Madrid’s all-time appearances list (601).
Sergio Ramos was in the starting line-up in the team’s LaLiga clash with Girona to move level on appearances with two madridista legends: Gento and Hierro. The captain has now pulled on the Real Madrid jersey on 601 occasions, moving him into fifth on the club’s all-time appearances list. Ahead of Ramos, Gento and Hierro sit just Santillana (645), Sanchís (710), Casillas (725) and Raúl (741).

Ramos is currently in his fourteenth season at Real Madrid, where he has already won 20 titles: 4 European Cups, 4 Club World Cups, 3 European Super Cups, 4 LaLiga titles, 2 Copa del Rey trophies and 3 Spanish Super Cups. Sergio Ramos is also enjoying his most prolific campaign in front of goal (11) to take his Whites’ tally to 84. Many of his goals will go down in history, particularly the ones he scored in La Décima and La Undécima or the Club World Cup finals in 2014 and 2018.

Ranking alongside legends
Gento is the current honorary president of the club and the only player with six European Cups to his name. He played between 1953 and 1971, scoring 182 goals. His famous runs down the left wing are part of footballing history and he won 1 Intercontinental Cup, 12 LaLiga titles, 2 Copas de España and 2 Copas Latinas.

Hierro is one the greatest defenders in the history of Spanish football and wore the colours of Real Madrid between 1989 and 2003. He was the captain as the side won la Novena and he won 3 European Cups, 2 Intercontinental Cups, 1 UEFA Super Cup, 5 LaLiga titles, 1 Copa del Rey and 4 Spanish Super Cups. His goal scoring record was spectacular, as he netted 127 goals.

MATA: LIVERPOOL GAME HAS A RED SPOT ON OUR CALENDAR