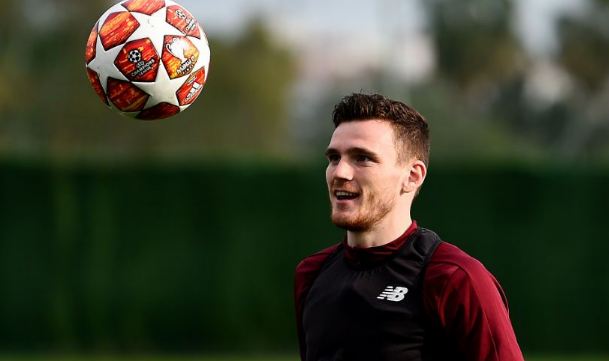 Liverpool’s previous home game, a 3-0 victory over Bournemouth last Saturday, was played out amid a raucous atmosphere and Jürgen Klopp’s side beat Paris Saint-Germain, Red Star Belgrade and Napoli in L4 in this season’s Champions League group stages.

Those three wins followed comprehensive Anfield successes against Manchester City and AS Roma in the competition’s quarter and semi-finals last term – an impressive sequence of results that Robertson is keen to continue versus Bayern.

“I think that’s what all good teams do [maximise home advantage],” the Scotland captain stated.

“Players feed off the fans and the fans feed off the players because it’s up to us to get them to have something to shout about. But it also helps when they’re getting behind us and it can maybe give you that extra percentage or whatever in the game.

“That’s what home fans are for. Every club’s got it and it’s all about making the most of it.”