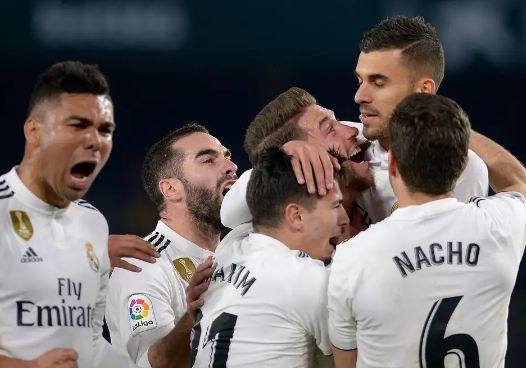 All Sports
By ShareonSport
0 Comments

The Whites, who are on an eight-match unbeaten run, head back to the Bernabéu after three successful away games.
Real Madrid are back at the Santiago Bernabéu 14 days on from their last home game, and having overcome three demanding tests in a row on the road (Barcelona, Atlético and Ajax). This time, they face Girona in the fourth meeting between the two teams this season (12:00pm CET).

As the European champions prepare for what will be their fourth clash already in a demanding February fixture list, they’ll be hoping to extend their superb run of form which has seen them put together a streak of eight games without a loss. In LaLiga, the goal for Solari’s men is a sixth consecutive victory.

Squad
“We love to compete and this is a particularly exciting stage of the season. We’re united and are fully focused on the target of winning”, stated Solari in the press conference prior to the clash. The Real Madrid coach will be without the injured Isco and Marcos Llorente, as well as Modric who is suspended. The 20-man squad does however include Varane, who has now fully recovered from a bout of the flu which kept him out of Wednesday’s encounter at the Johan Cruyff Arena.

TRY NOT TO CRY! Emotional & Heartbreaking Moments in Sports