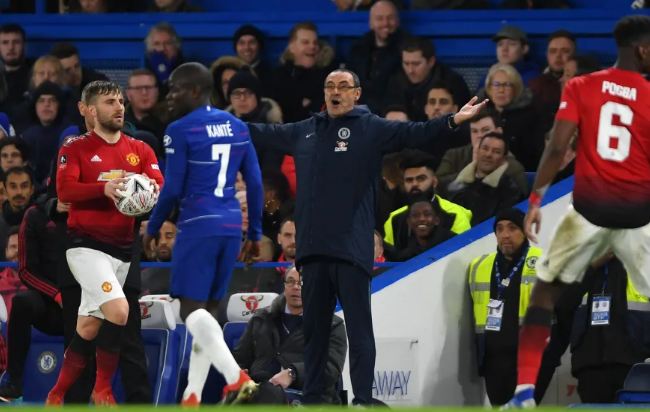 In our look at the latest Chelsea-related news stories from the media, the media criticise Chelsea’s players after our disappointing exit from the FA Cup, Alessandro Del Piero discusses Maurizio Sarri’s style and Alan Shearer explains why he considers Didier Drogba as one of the Premier League’s top foreign forwards.
These stories are samples pulled from external media sources. They do not represent the views or position of Chelsea Football Club.
Blues face criticism on BBC
It was not a good night for the Blues on Monday as our defence of the FA Cup came to an early end and the comments of pundits following the game reflected as much.

The BBC focused on Maurizio Sarri’s admission that we had played ‘confused football’ against Manchester United, and his understanding of the fans’ frustration as we bowed out of the tournament at home to a major rival.

‘They are inconsistent at the moment and want to play a certain kind of football,’ said Hasselbaink during the BBC’s coverage of the game. ‘It will take time but you want end product and goals. They haven’t scored enough goals but they are working on it.

‘They’ve got important matches coming up and they need to pick themselves up,’ he added. ‘Without the ball they showed no reaction, no hunger to get the ball back. It’s all nice with the ball, but they didn’t create.

‘Chelsea are in trouble. Something needs to change. The balance in midfield is not right.’

The lowdown on Lyon

MATA: LIVERPOOL GAME HAS A RED SPOT ON OUR CALENDAR